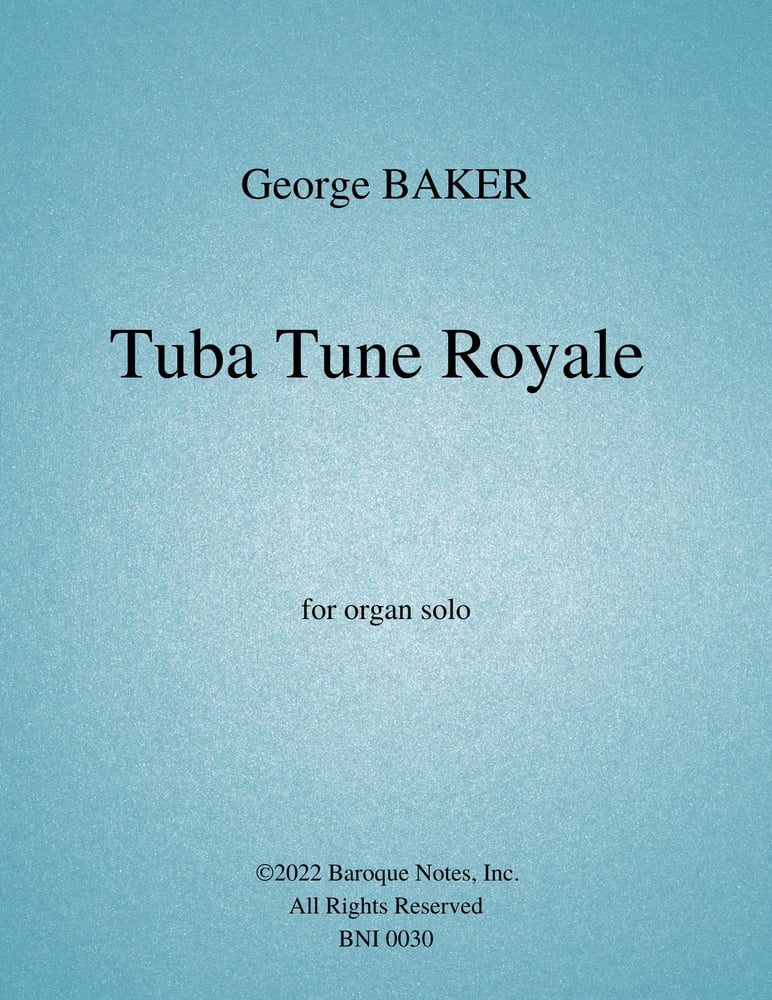 Tuba Tune Royale was commissioned by Frederick Swann to honor his colleague, John Wright, upon his retirement as Director of Music at St. Margaret's Episcopal Church, Palm Desert, California. Sadly, our beloved Fred Swann passed away from cancer exactly one week before the piece's premiere at St. Margaret's on November 20, 2022. Fortunately, composer George Baker recorded the work for Fred, who said he "loved the piece!" Stylistically, it has a distinctively early 20th century British feel. It is written in Eb Major (as is Bach's great three-part Prelude and Fugue, BWV 552) and contains two complementary themes: the main tuba theme, and a more lyrical second theme. The piece is appropriate for any festive occasion. Its degree of difficulty is 7.5/10, and its duration is approximately 4'40.

Hear a recording of George Baker playing this piece.